Here’s The Typography of The Next Decade 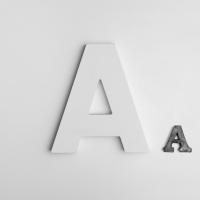 A few months ago, I found myself oddly transfixed by an advertisement on the train for a mattress company called Allswell. At first, I couldn’t tell what made the ads stand out from the dozens plastered across the trains and platforms at any given time. After several train rides spent staring up at the unnaturally bright smiles of models happily perched on mattresses, I realized: it wasn’t the ads themselves that stood out to me, but rather, their typography.

The Allswell logo uses Caslon Graphique, a striking, elegant font that lends an air of luxury and sophistication to a relatively young brand. Caslon Graphique belongs to a category of fonts known as Didones. Didones are serif fonts, meaning that, unlike the font that you’re currently reading, the strokes of letters have little feet at the ends.

Didones first came into fashion around the turn of the nineteenth century, when printers and type designers began experimenting with alterations to the more traditional serif fonts that had defined newsprint and advertisements throughout the 1700s. Firmin Didot of France and Giambattista Bodoni of Italy were the founding fathers of the style, which was then called “Modern.” “Didone,” coined long after their deaths, is a portmanteau of “Didot” and “Bodoni,” which are also the names of two long-enduring Didones still used today.

The internet has changed the conditions of graphic design in ways that are less subject to passing whims than typography. The need for cohesion across print and digital platforms — for your company’s ads in the subway to look like its ads on Instagram — has led to a minimalist zeitgeist that isn’t going away any time soon.