The Librarian of Congress and the Greatness of Humility 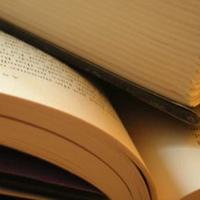 The new Librarian of Congress, Dr. Carla Hayden, is highly motivated to make this library, and all libraries, a favorite object of the people. Hayden is the first person of color, and the first woman, to lead the Library of Congress; she is also the first actual librarian to lead it since 1974. Her predecessor, Dr. James Billington, a distinguished Russia scholar appointed by Ronald Reagan, was beloved for his intellect but criticized for mismanagement; he neglected, for many years, to appoint a chief information officer, which was required by law, and he also didn’t use e-mail. Hayden, a former head of the American Library Association, revitalized and modernized Baltimore’s twenty-two-branch Enoch Pratt Free Library system. President Obama nominated her, in 2010, to be a member of the National Museum and Library Services Board, and, last year, to become Librarian of Congress.

Hayden met a bit of opposition on her way to confirmation—the usual resistance to Obama’s later appointments, for one, and a tempest in a teapot about the use of Internet filters at public-library computers. More significant, some Republicans didn’t like Hayden’s firm resistance to the privacy encroachments of the Patriot Act when she was head of the A.L.A. Her opposition to what she saw as potentially McCarthyite government intrusion into citizens’ privacy earned her a Ms. Woman of the Year distinction in 2003. (“When the FBI came snooping, Carla Diane Hayden proved librarians are more freedom fighters than shushers,” Ms. wrote.) Mention her name to a New York Public Library staffer, and there’s a frisson of excitement; at her raucous and bustling sendoff in Baltimore, a high-school librarian, quoted in the Washington Post, called her a “rock star.”