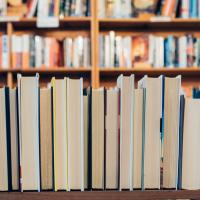 A major survey of the UK’s publishing workforce has found that “significant progress” still needs to be made on both the numbers of black, Asian and minority ethnic (BAME) staff and improving regional diversity, with the majority of those working in the industry coming from London and the south east.

According to the survey of 6,432 individuals working for 42 organisations, which the Publishers Association described as the most comprehensive ever conducted of the UK industry, 11.6% of respondents identified as BAME – lower than the UK population (14%), and significantly lower than London (40.2%). The results echo those of a 2017 online survey of 1,000 publishers that found 90% of the workforce was white.

“The trickle-down effect is that the publishing business is run by employees from the south east, or from privileged backgrounds, [who are] then therefore, broadly speaking, less able to relate to creative content that differs wildly from their lived experience – a novel set in an obscure northern town, for example.”

The Publishers Association said that significant progress still needed to be made to improve racial and regional diversity, and it has set a target of 15% of employees being BAME by 2022.