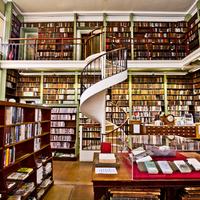 "In May, Picador Books sent a copy of an upcoming thriller, Christopher Yates’s “Grist Mill Road,” to the actress Krysten Ritter. The publicity team was thrilled when Ritter, the star of the Netflix series “Jessica Jones,” agreed to blurb the book — and even more thrilled when, unprompted, she shared a picture of it with her 655,000 followers on Instagram. “There’s a good chance her Instagram is going to help the book more than her blurb on the back cover, which will mostly be seen by people picking it up in a physical bookstore,” says James Meader, Picador’s executive director of publicity.

Increasingly, book publicists are working to get new hardcovers into celebrities’ hands — not in hopes of a film option but a simple tweet, Instagram photo or Facebook post. These little endorsements can reach a much larger audience than an interview with the author on a popular television show or a rave review in a major newspaper."