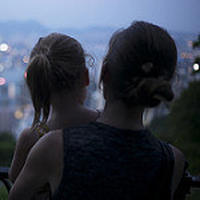 More than any other means of storytelling, literature—fiction in particular—is remarkable for its ability to foster empathy. In contrast to film and television, with their focus on the visual, books invite readers into their subject’s interior, to hear their thoughts, to relate and identify. Books aimed at young readers often feature characters of a similar age to that of their intended audience—an instant point of contact, given the many universals of childhood and adolescence—but that’s neither a rule nor a necessity. Sometimes a dramatic shift in perspective is just what’s needed to bring about a connection.

We live in a big, loud, chaotic world, and often it’s easy to miss, or outright ignore, conflicts going on in other parts of the globe, to dismiss them simply because they’re happening somewhere else. But circumstances that might seem limited to a particular time, place, or culture, both historically and geographically remote, can become universal through fiction. A war between fantasy kingdoms or space empires might not have any direct reference in the daily headlines, but can still provide a context for processing them, and of relating to the real people involved.