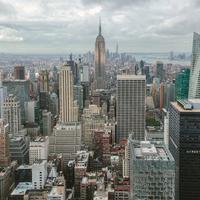 Do you have a New York City library card? If so, you can now go to the Whitney Museum, the Guggenheim and 31 other prominent New York cultural institutions for free.

These institutions, which also include the Brooklyn Museum, the Brooklyn Botanic Garden and MoMA PS1, have partnered with the New York City libraries to launch Culture Pass, an initiative designed to encourage underserved communities to take advantage of the city’s cultural bounty.

The initiative gives the opportunity for institutions to get people in the door who might previously not have had the awareness or means. “We are committed to giving back to the community and to making art more accessible to all New Yorkers,” said Adam Weinberg, the director of the Whitney Museum, in a statement.