Charting the Future of Academic Publishing in the Digital Age 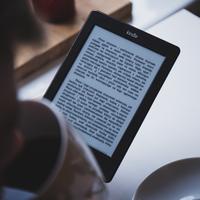 For decades, even centuries, publishers provided scholars, learned societies, and universities with crucial editorial, printing, marketing and logistical services. Yet digitization, desktop publishing, social networks and the Internet, among other recent developments, have rendered some of these services redundant and reduced the cost of others dramatically. Publishers could still boast a well-oiled apparatus and brand recognition and they preempted wisely. Relying on scholars’ conservatism and addiction to prestige, and cashing in on institutional inertia, they not only weathered the storm but in fact became the global gatekeepers of academic research. Instead of disappearing into thin air, conglomerates specializing in academic publishing, including Elsevier, Sage, Springer, Wiley-Blackwell and Taylor & Francis, began charging increasingly higher fees, which are currently estimated at $10 billion annually.