The Findings of Medical Research Are Disseminated Too Slowly 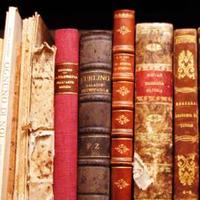 On January 1st the Bill & Melinda Gates Foundation did something that may help to change the practice of science. It brought into force a policy, foreshadowed two years earlier, that research it supports (it is the world’s biggest source of charitable money for scientific endeavours, to the tune of some $4bn a year) must, when published, be freely available to all. On March 23rd it followed this up by announcing that it will pay the cost of putting such research in one particular repository of freely available papers.

To a layman, this may sound neither controversial nor ground-breaking. But the crucial word is “freely”. It means papers reporting Gates-sponsored research cannot be charged for. No pay walls. No journal subscriptions. That is not a new idea, but the foundation’s announcement gives it teeth. It means recipients of Gates’ largesse can no longer offer their wares to journals such as Nature, the New England Journal of Medicine or the Proceedings of the National Academy of Sciences, since reading the contents of these publications costs money.

That will hurt. Publication in such Premier-league journals is the stuff careers are built on. But it will also hurt the journals themselves. Their prestige is based on their ability to pick and publish only the best. If some work is out of bounds to them, no matter how good it is, that will diminish their quality. And if other patrons of science follow suit, those journals’ businesses could begin to crumble. Moreover, by actively directing the beneficiaries of its patronage towards the repository in question, set up last year by the Wellcome Trust (after Gates, the world’s second-largest medical-research charity), the foundation is pointing to a specific type of alternative—and to a future for scientific publication that, if not completely journal-free, is likely to be at least, “journal-lite”.