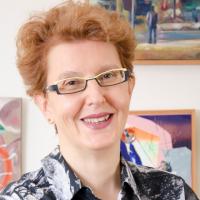 Anna Karakatsouli is Associate Professor at the Theatre Studies Department of the National and Kapodistrian University of Athens. She studied European History and Culture in Athens, Strasbourg and Paris. She has been an Expert Associate in the project of the new edition of the History of Humankind by UNESCO (Paris) and Vice-director at the Alexander S. Onassis Foundation (Athens). Her research interests include Intellectual History, History of Colonialism, History of the Book and Far-Right Politics. Her most recent publication is a transnational approach of the Philhellenes who took part as freedom fighters in the Greek War of Independence within the wider context of the global revolutionary wave of the 1820s. She has also published a study on Greek book history focusing on Hestia booksellers and publishers from 1885 to 2010. Her article on the digital options of the Greek book market received the International Award for Excellence for Volume 16 (2018) of The International Journal of the Book. She is member of the Administrative Committee of the National Scholarships Foundation (IKY) and member of the Committee for the State Literary Awards. Editor and translator of several scholarly books, she speaks English, French, German and Russian.