The Man Who Invented Bookselling as We Know It 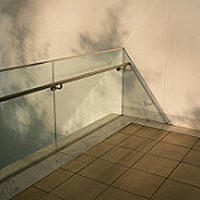 Today, few people are likely to remember James Lackington (1746-1815) and his once-famous London bookshop, The Temple of the Muses, but if, as a customer, you’ve ever bought a remaindered book at deep discount, or wandered thoughtfully through the over-stocked shelves of a cavernous bookstore, or spent an afternoon lounging in the reading area of a bookshop (without buying anything!) then you’ve already experienced some of the ways that Lackington revolutionized bookselling in the late 18th century. And if you’re a bookseller, then the chances are that you’ve encountered marketing strategies and competitive pressures that trace their origins to Lackington’s shop. In the 21st-century marketplace, there is sometimes a longing for an earlier, simpler age, but the uneasy tension between giant and small retailers seems to have been a constant since the beginning. The Temple of the Muses, which was one of the first modern bookstores, was a mammoth enterprise, by far the largest bookstore in England, boasting an inventory of over 500,000 volumes, annual sales of 100,000 books, and yearly revenues of £5,000 (roughly $700,000 today). All of this made Lackington a very wealthy man—admired by some and despised by others—but London’s greatest bookseller began his career inauspiciously as an illiterate shoemaker.