Jane Austen at 200: still a friend and a stranger 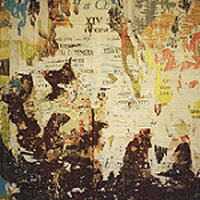 “Downright nonsense” was the verdict of Mrs Augusta Bramston, a Hampshire friend and neighbour of the Austen family, on reading Pride and Prejudice. In 1814, Jane Austen published Mansfield Park, a sophisticated study of love and family life. Mrs Bramston nevertheless thought she ought to give it go, and having struggled through volume one, “flattered herself she had got through the worst”.

Jane Austen recorded this and other hilarious remarks from friends in a list of opinions on Mansfield Park. The document, in Austen’s own neat handwriting, is just one of the funny and sad items in the British Library’s new exhibition, Jane Austen Among Family and Friends, which opened on Tuesday.

Austen surely recorded the comments in a spirit of malicious mockery rather than regret. Even if only a small number of readers appreciated her at the time of her death in 1817, she hopefully knew just how brilliant a writer she was. Two hundred years later, everyone knows it. Her face is to appear on £10 notes and £2 coins, and the bicentenary of her death will see a slew of exhibitions showcasing her writing and world.