'In Stressed Times, We Can Take Comfort in Wildlife': Why Nature-Writing is 'Exploding' 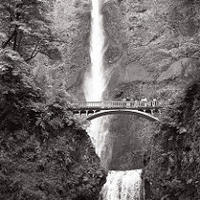 The shortlist for the Wainwright nature-writing prize’s third year is announced as bookshops report dramatic rise in the genre’s sales.

Now in its third year, the Wainwright nature-writing prize has announced its shortlist, spotlighting what one judge called an “exploding” field, as more and more writers and readers are turning to this genre as a balm for the woes of modern life.

The contenders range from James Rebanks’s The Shepherd’s Life, a firsthand account of a way of life that has endured in the Lake District for centuries, to Amy Liptrot’s acclaimed memoir about her return to the wilds of Orkney, The Outrun. Dame Fiona Reynolds, who has been chair of judges for the Wainwright prize since 2014, said that “what is coming out [in the genre] is remarkable new writing”, as the titles join a busy corner of the books market, where recent hits have include Helen Macdonald’s memoir of grief and falconry, H is for Hawk and last year’s Wainwright prize winner, John Lewis-Stempel’s Meadowland.