A Snapshot of a 21st-Century Librarian 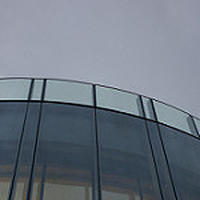 There’s a stereotypical image of a librarian in popular culture: someone older, in thick-rimmed glasses and overly modest clothing, guarding the silence in a room full of books with all-powerful shushes.

But as the internet has largely replaced brick-and-mortar libraries as the go-to resource for information gathering, librarians’ purview is no longer confined to just books. Libraries have had to evolve from providing the internet as a service, to being responsible for interacting with it, to indexing and archiving a rapidly increasing amount of information. Though the occupation is only expected to grow by 2 percent from 2014 to 2024, many librarians have forgone bookkeeping and cataloging for specializing in multimedia and taking on research- and technology-oriented projects such as digitizing archives.

Theresa Quill, a research librarian at Indiana University, Bloomington, specializes in the relationship between geography and cultural behavior, and digital mapping. While she assists students in the same ways librarians traditionally have, she also works on projects like making maps based on interesting novels and indexing Russian war maps. I spoke with Quill about what it’s like to be a modern-day librarian, and how the job has changed since the days of dial-up internet. The following interview has been lightly edited for length and clarity.